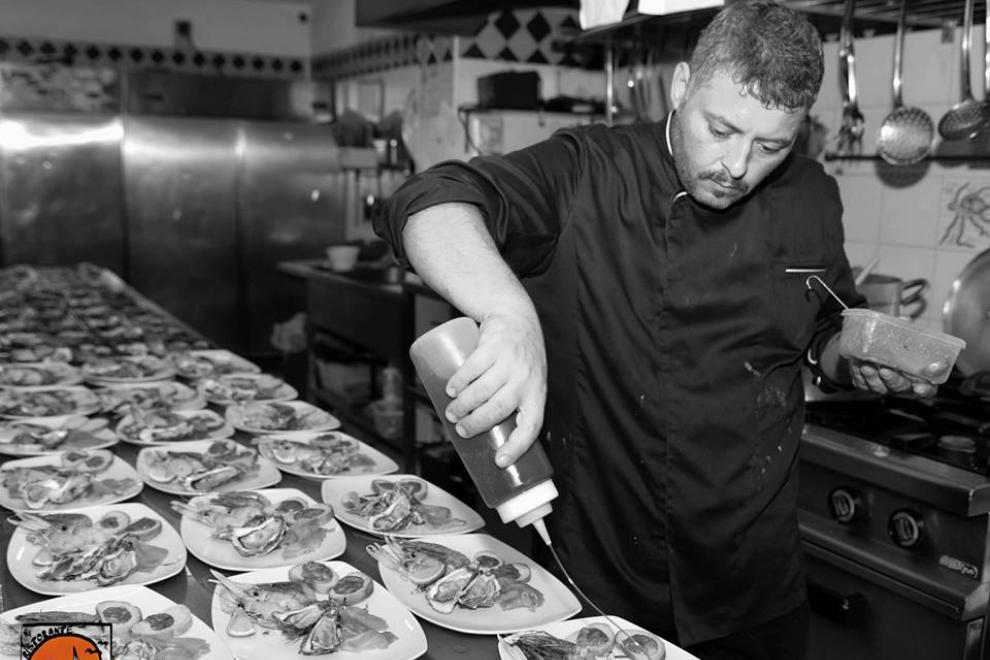 Francesco Gallo was born in Naples on April 2, 1983. Growing up in a modest family, from an early age he accompanied his uncles in their business and was often found in Neapolitan restaurants and hotels. In every structure he felt the call to the kitchen, where he looked out to browse what the chefs were preparing. Thus his passion for cooking arises and the desire to satisfy people's palates.
He began his work experience at only 14 years in the restaurant "Del Pino di Cercola" as a chef apprentice. One year later he was lucky enough to meet Ludovico d'Urso, one of the best and most renowned chefs from Campania, who gave him the opportunity to start learning the secrets of Mediterranean cuisine and with whom he spends four wonderful years around Italy between events and competitions.
At the age of 18 he is the head of the "Terrazzino dei Fiori" restaurant in Marechiaro (NA). The following year, at the age of 19, he joined the kitchen brigade of the luxurious "Hotel Covo dei Saraceni" in Positano (SA), where he spent five magnificent years and increased his experience.

At 23 he moved to New York and is the second chef in the restaurant Roberto Passon where he spends a year. He later decided to return to his homeland and became a chef in the "La Barrique" restaurant in Naples.
At the age of 25, he decided to increase his experience by going to work on the Fiji islands for the opening of the first Amalfi Italian restaurant in Port Denarau as a chef. During this adventure she meets her half Charmaine, who is also the head of the game in one of the best known restaurants in Fiji.
Two years later, at the age of 27, he decides to return to Italy but this time he arrives in Sicily, in Marsala at the restaurant "A due passi dal mare", where he works as a chef. At the age of 29 he is chef and manager of the restaurant A stone's throw from the sea with his wife Charmaine.